Skip to content
Home/Fashion News/Designers Who Are More Inspirational Than Nike, Do They Really Exist?

Designers Who Are More Inspirational Than Nike, Do They Really Exist? 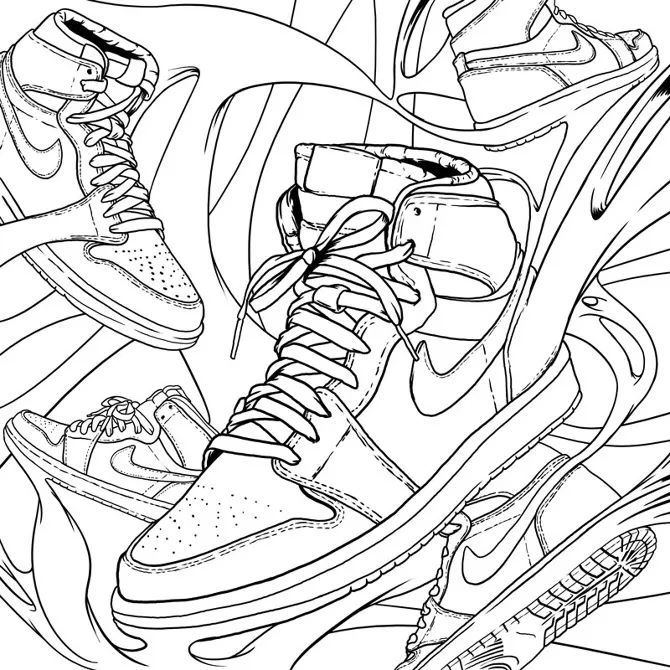 ▲ The most popular shoe type in 2018, definitely not Air Jordan 1 OG

Is there such a shoe that can continue to be popular with consumers?

For the well-established Sneakerhead, Air Force 1 and NIKE DUNK SB are the answers. But for most of the post-95 and even post-00 consumers, the Air Jordan 1 seems to be more in line with the “trend aesthetic” classic shoes.

▲ Roughly estimated that more than 30 Air Jordan 1 OG color combinations were released throughout 2018.

The endless stream, like the new color in the Pantone color and then extracted to the Air Jordan 1, is the highlight of Jordan Brand’s re-enactment series last year. 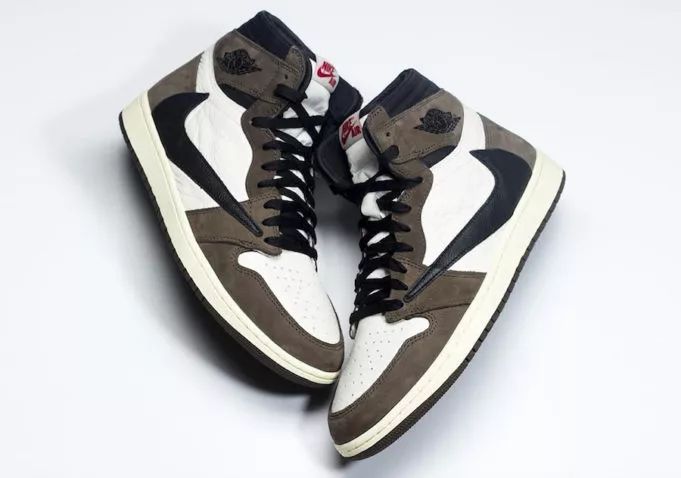 ▲ The new material stitching at the upper, the inner “coin bag” and the rare “barb” design make the Air Jordan 1 “Cactus Jack” the most anticipated shoe of the year.

You can make a lot of design and sincerity is not as good as before, and Air Jordan 1 OG is the favorite shoe type of the current consumer, carrying Jordan Brand to drive sales and popularity.But is the design inspiration for the Air Jordan 1 OG color scheme only to stay at the level of color blocks?

More imaginative than the Nike official, often appearing in the folk 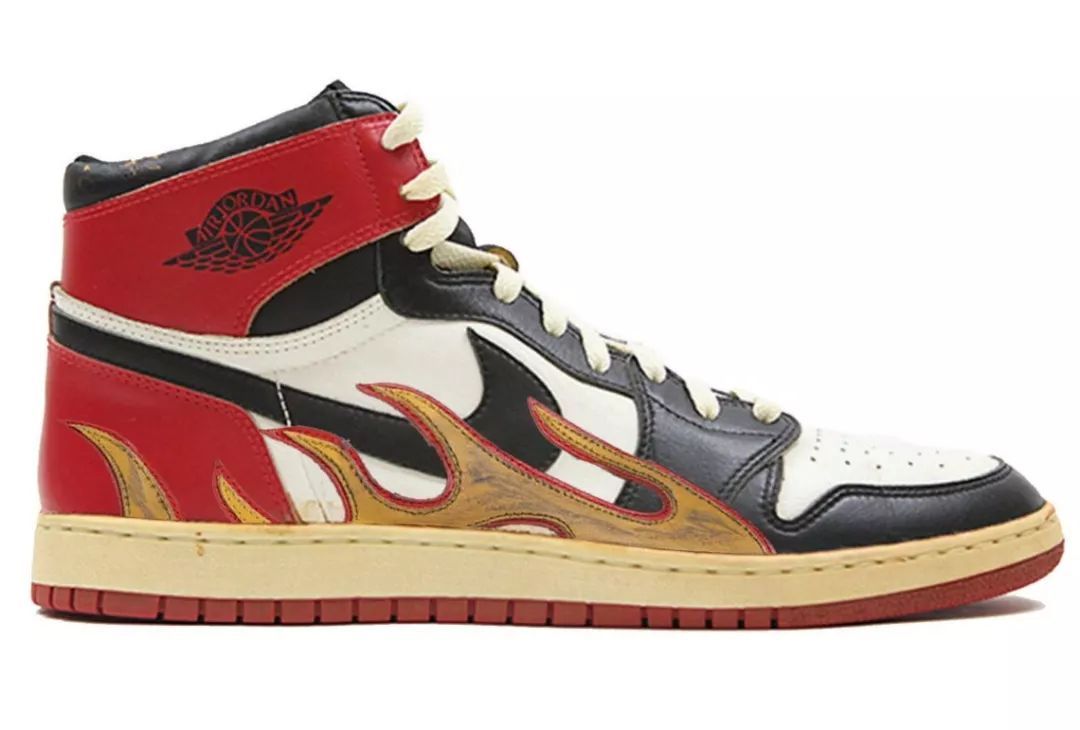 Earlier on the Internet, a spy shot of the suspected Palm Angels x Air Jordan 1 was used. The 9-hole OG Black Toe shoe model was used, and the body of the shoe used the flame pattern of Palm Angels. As one of the most changed designs in the Air Jordan 1 OG history,If it is on the market, the popularity is definitely beyond expectations.from 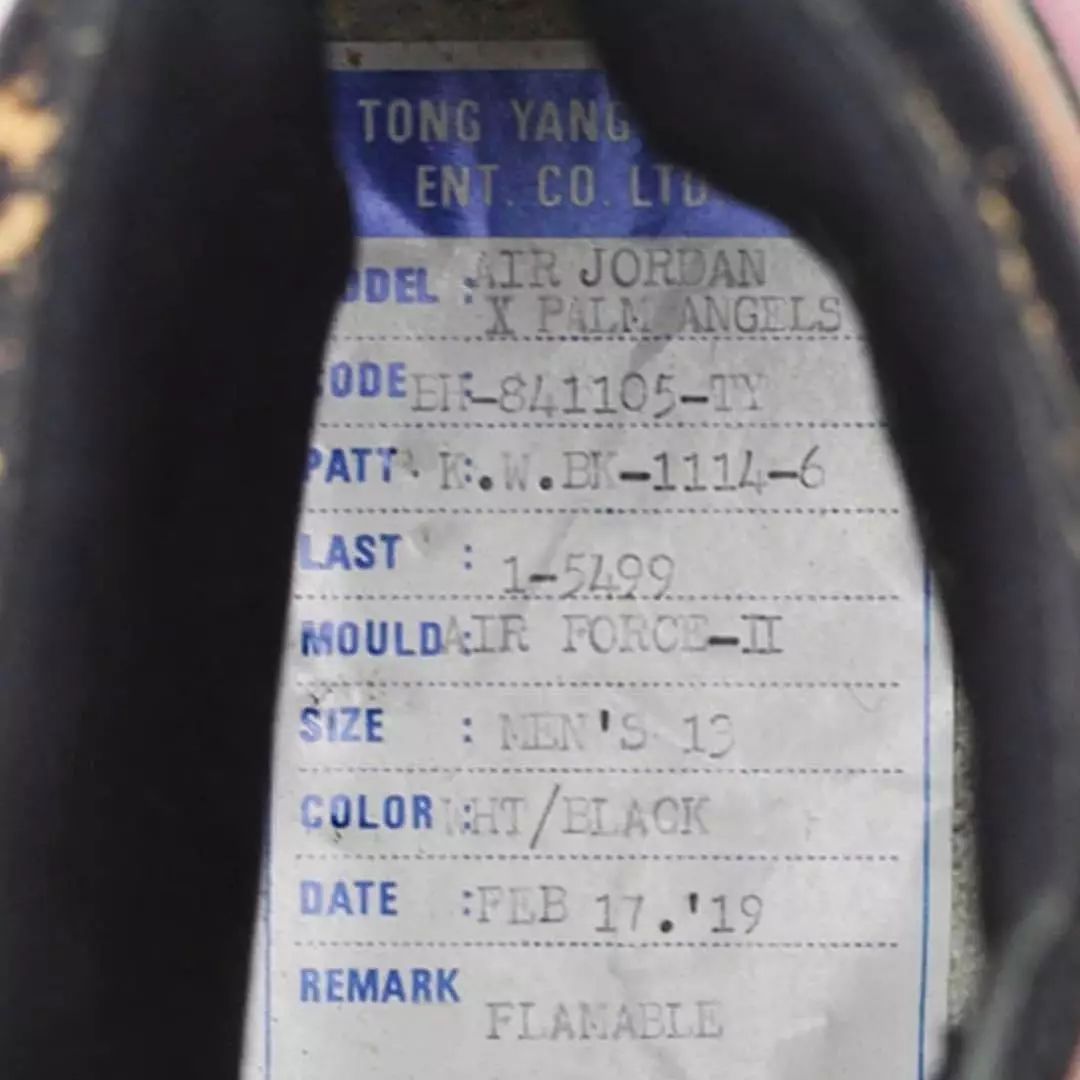 However, it must be regrettable to tell you that up to now, this Palm Angels x Air Jordan 1 is not commercially available, because he is only the work of graphic designer Vicente Martinez Selles, not the official Nike design. 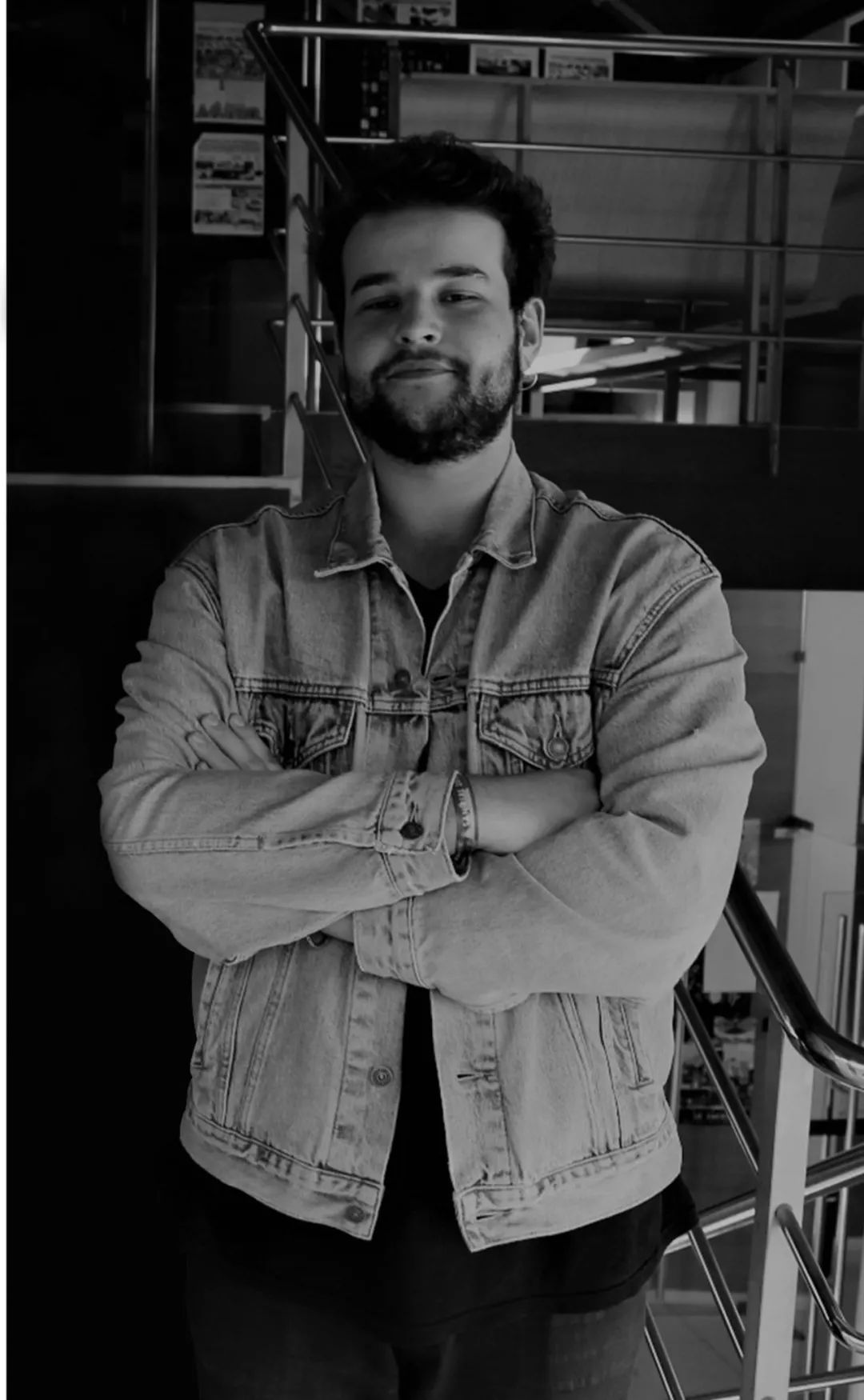 In his Instagram account @chenchicharo, you can see a series of uppers such as Zoom Kobe 9 Flyknit with Air FOG 1 and more than anyone expected.”Mixed designfrom 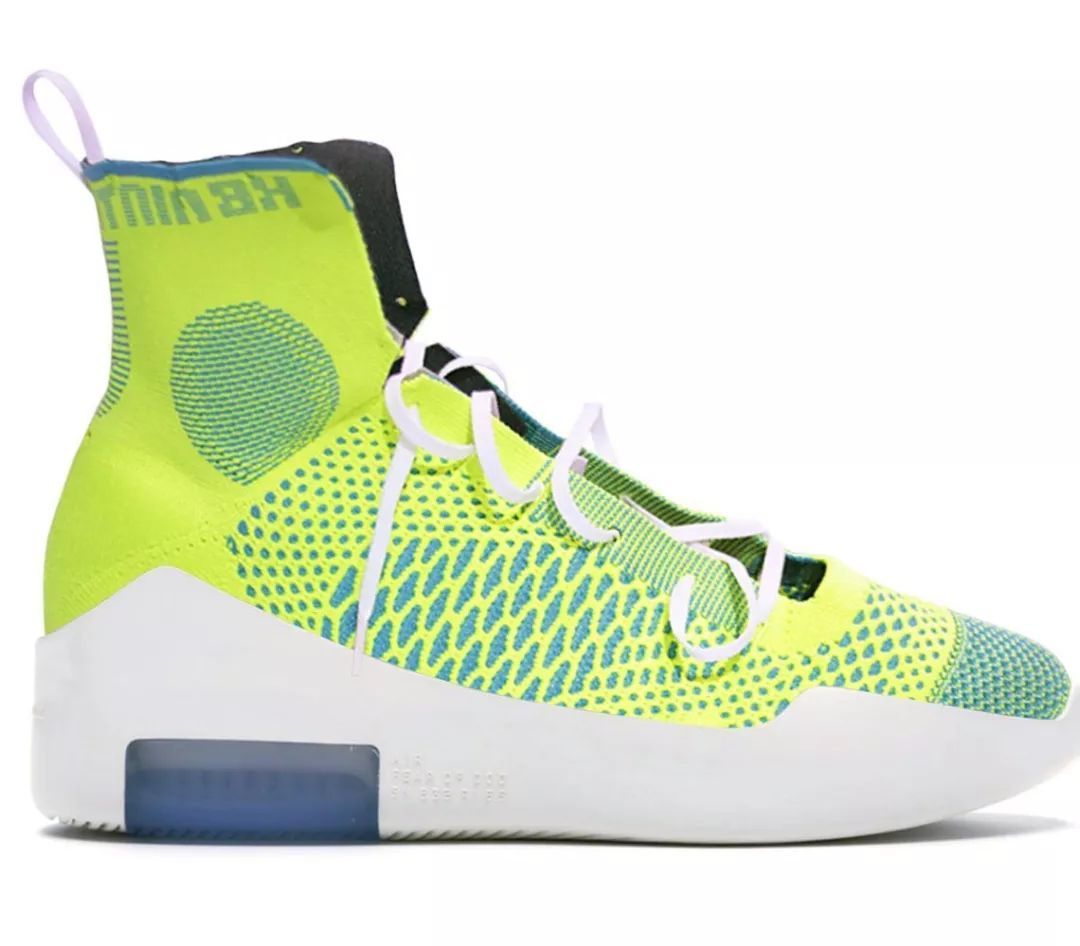 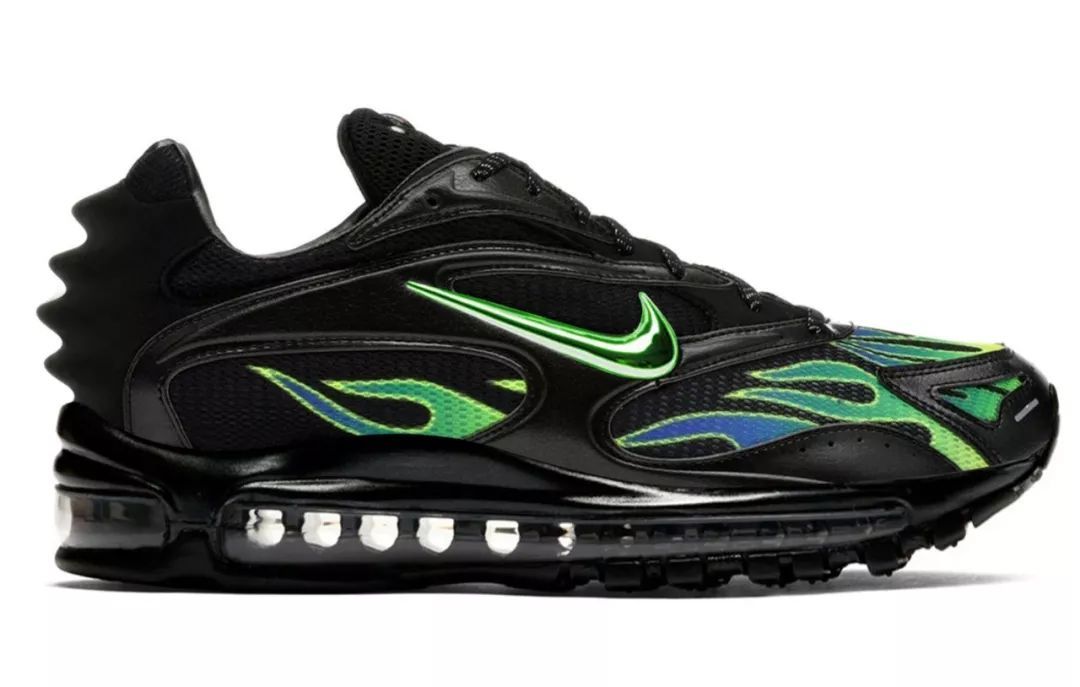 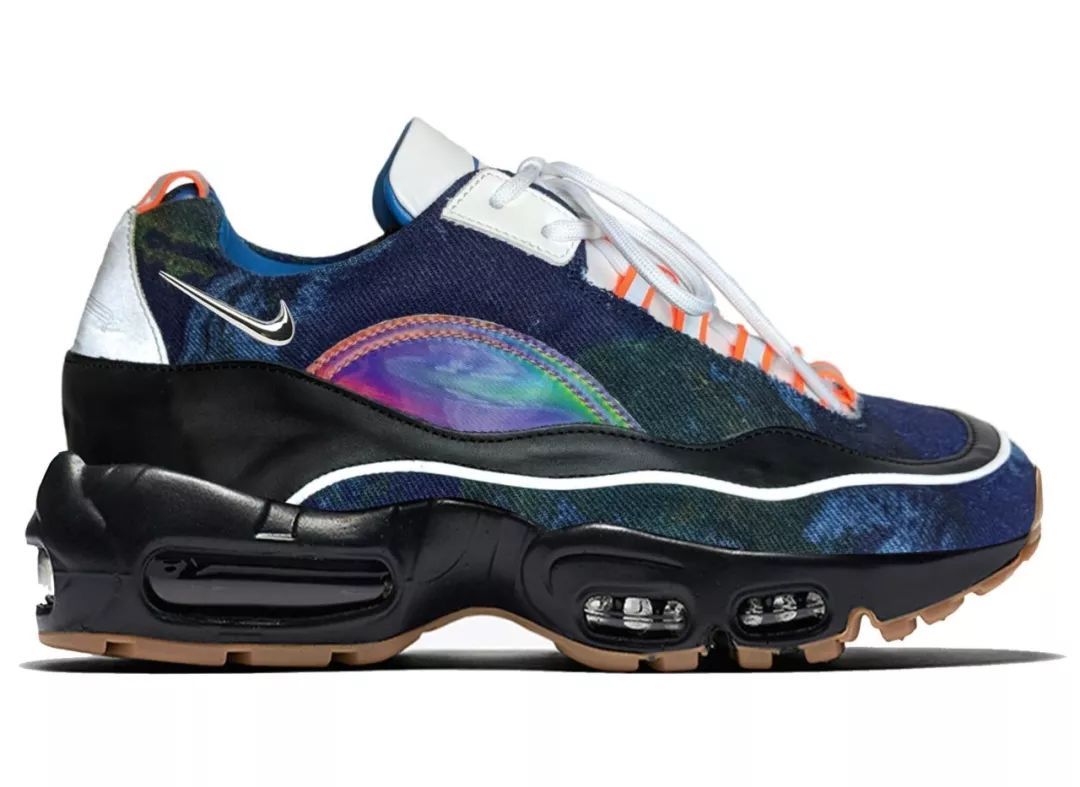 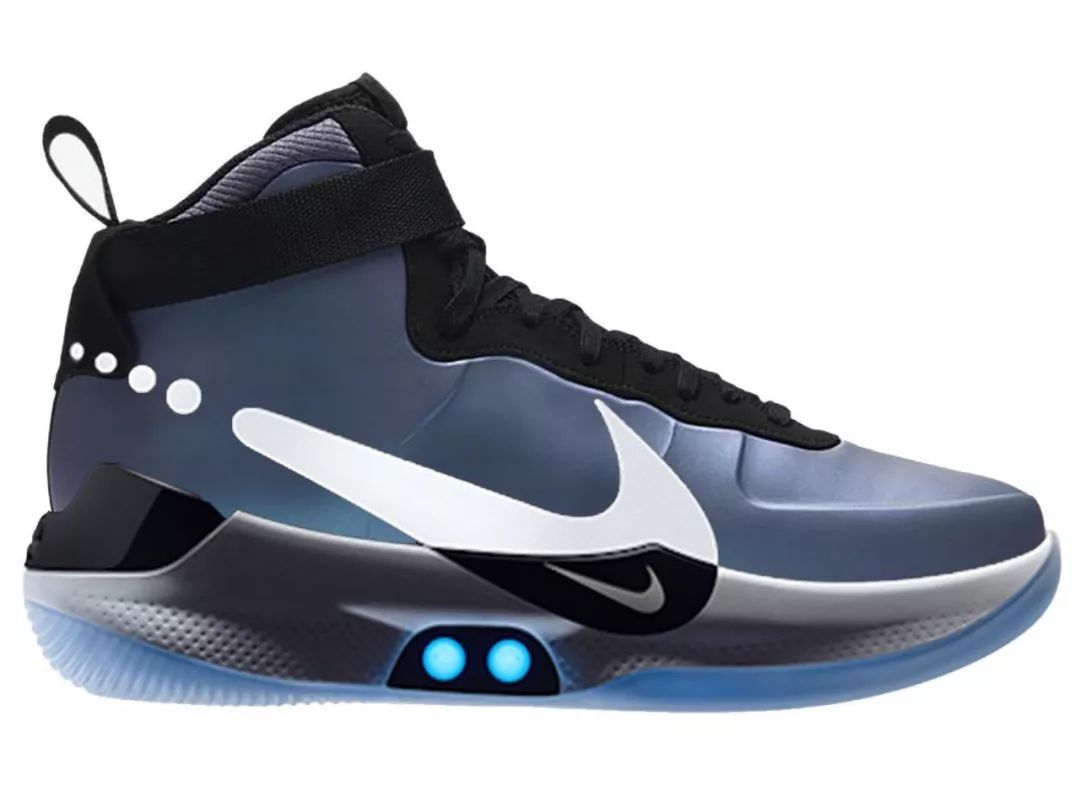 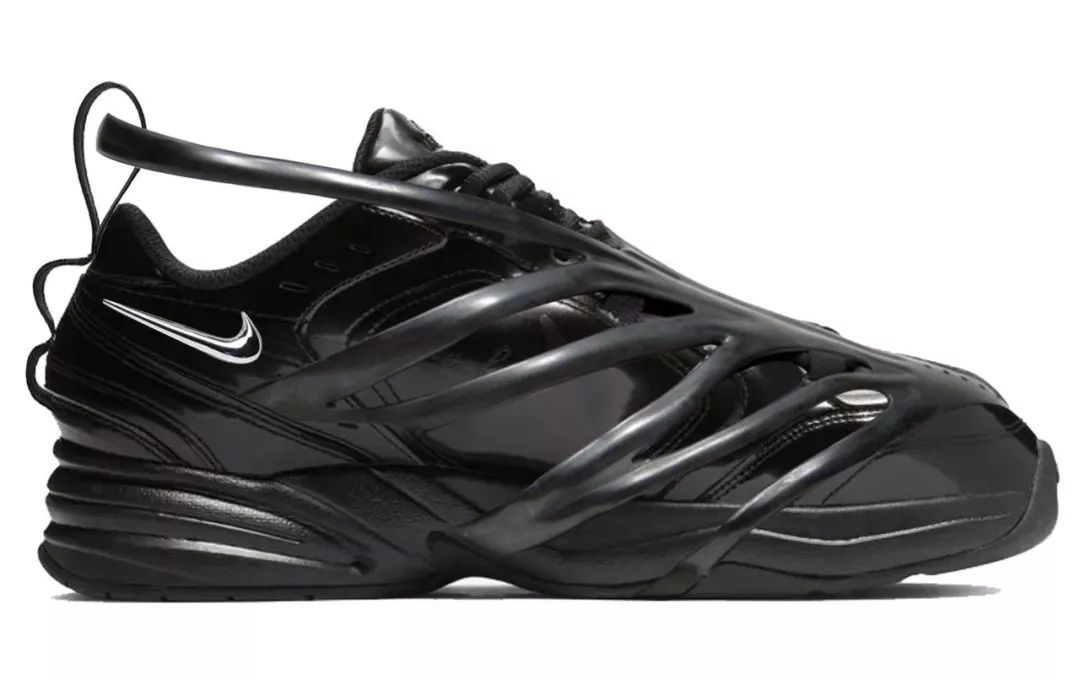 Even though you have considered some of the pictures, you still feel that the “P-picture traces” are too obvious and the technique is slightly rough. But compared to the skills of using Photoshop, Vicente’s understanding of the design of the shoes,Not blind “1+1”from

In contrast, his unconventional design concept deserves to be noticed by the public. In fact, the consumers in the market areNike design is nothing newfrom

The sound is no stranger. As the world’s largest and most fashionable sports brand, the focus of all designs comes naturally from the designers themselves. 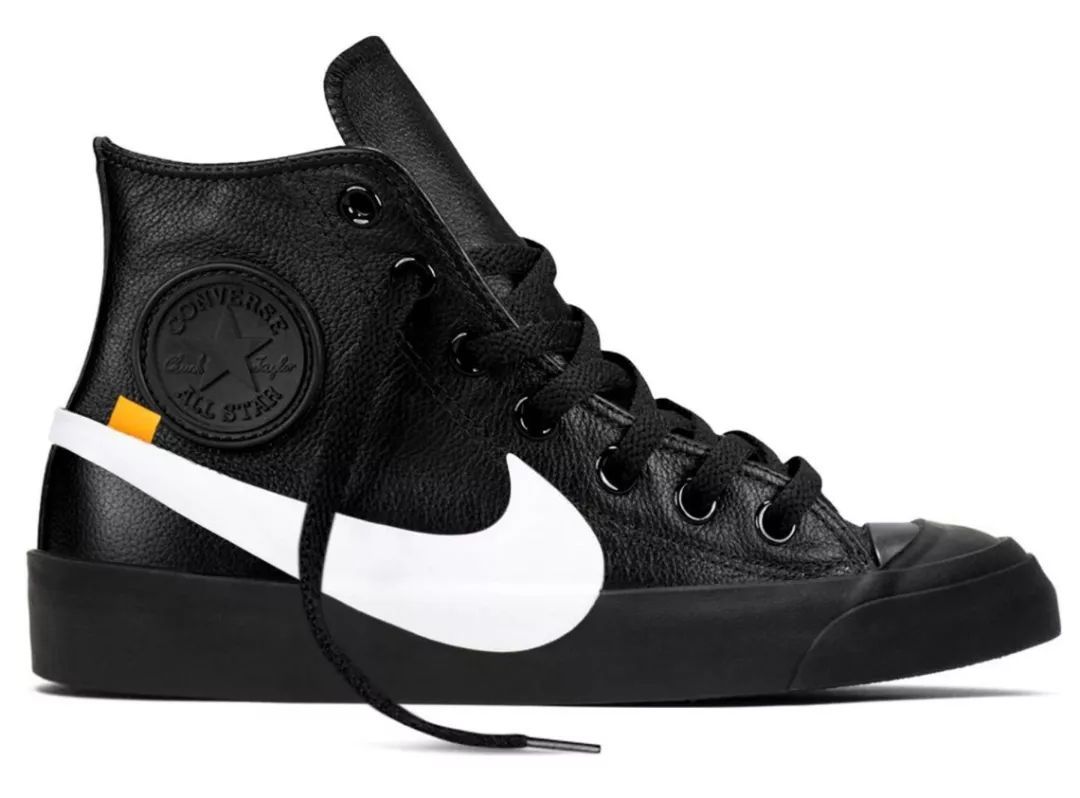 It is true that Nike’s design considerations are far more than Vicente’s “P-pictures are finished.” Because the brand in the mass production process, it is necessary to take into account the cost, mold opening, whether the consumer buys the account and so on. 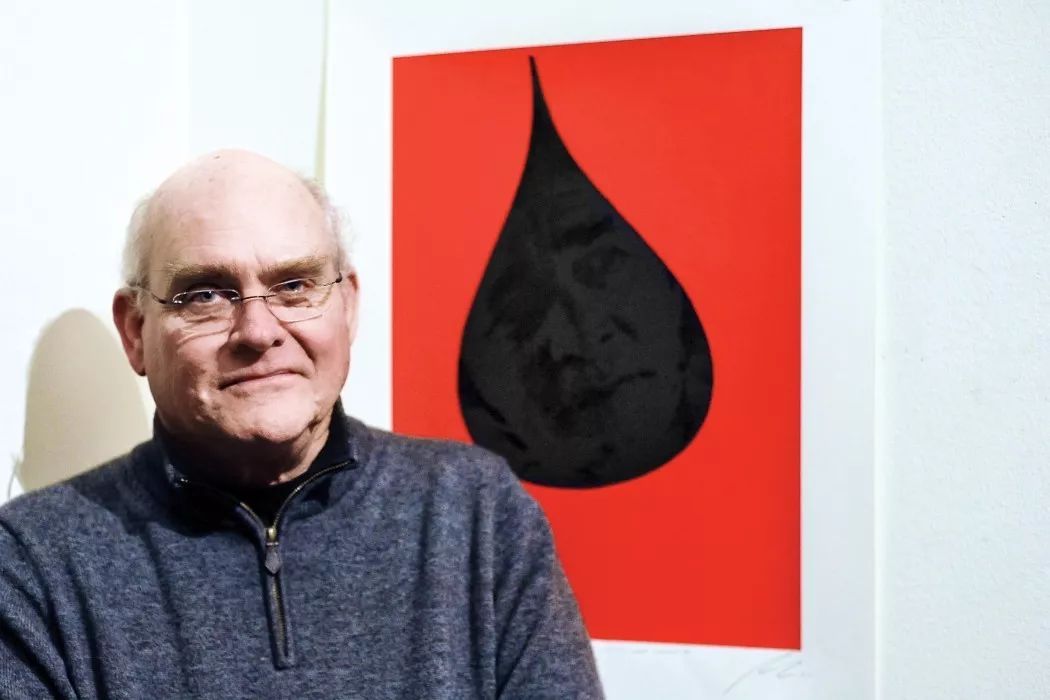 ▲ In the early years, the Air Jordan 1 flying wing logo was designed. Later, it was transferred to adidas and created EQT, which reversed the market reputation. Peter Moore pioneered the transfer of Nike core designers to addias. 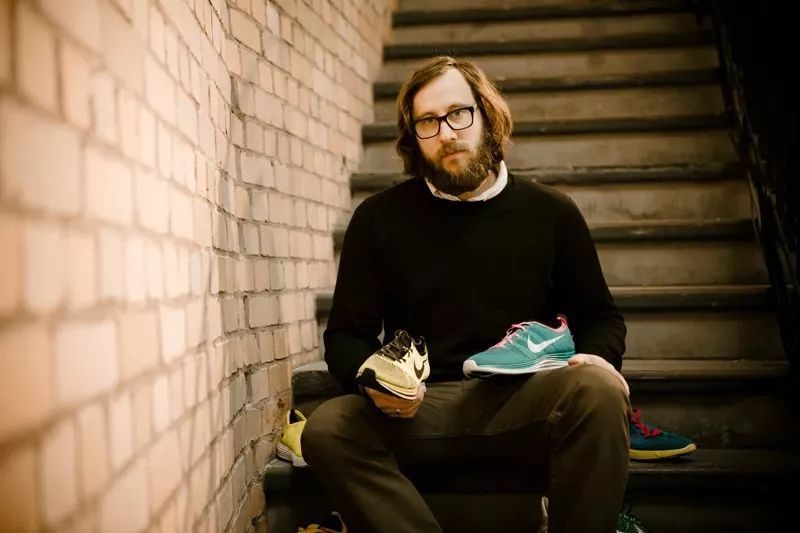 In addition to Peter Moore, MarcDolce, DenisDekovic and other designers who switched from Nike to adidas and participated in the brand’s core projects, Ben Shaffer, the former Nike Innovation Kitchen creative director who led Flyknit and Fuel Band, is also responsible for the development of iWtach at Apple.This shows how popular Nike designers are in the market.from

The Nike brand designers’ frequent outflows, coupled with the unabated phenomenon of shoes released in recent years, have undoubtedly increased the design pressure of the Nike team. It is no wonder that the public has such a strong demand for the design of Vicente. . 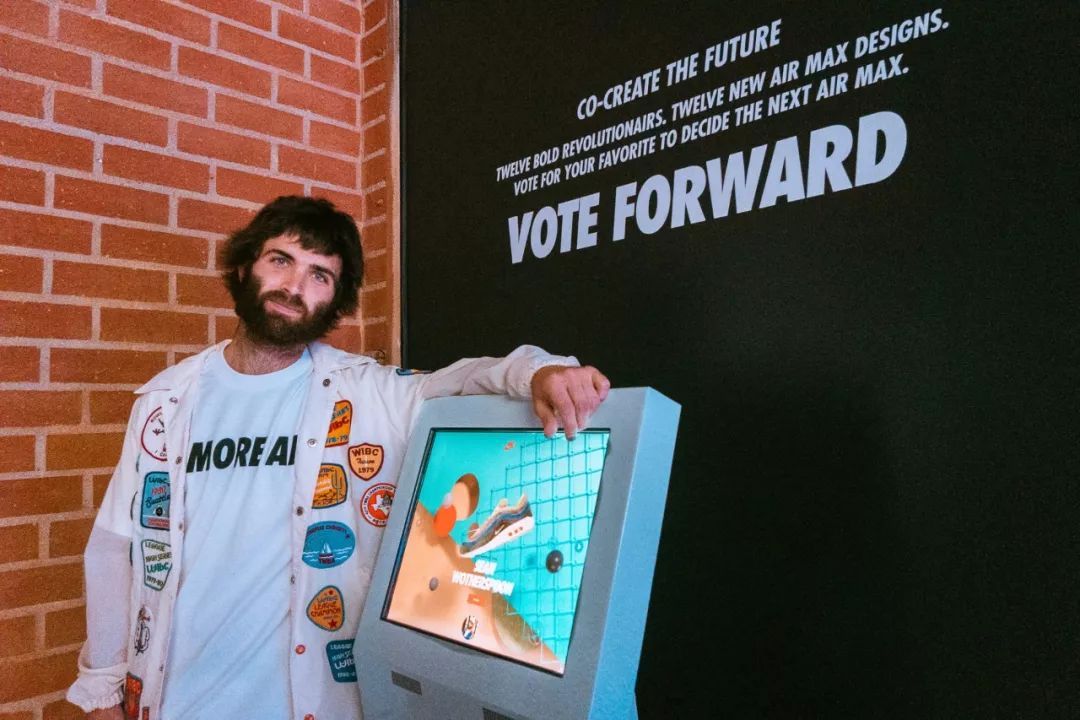 ▲ Although Sean Wotherspoon himself said that his new Air Max 1/97 color scheme will not be released, he has opened a good and good place for the case of “Nike x folk designer”.

There are a lot of designers like Vicente. In recent years, with the concept and product line of NikeLab, Nike has also absorbed the organic forces of fashion and trend fields such as Yoon, Heron Preston, Martine Rose and Matthew Willams.Protecting Nike’s variability and creativity in product designfrom 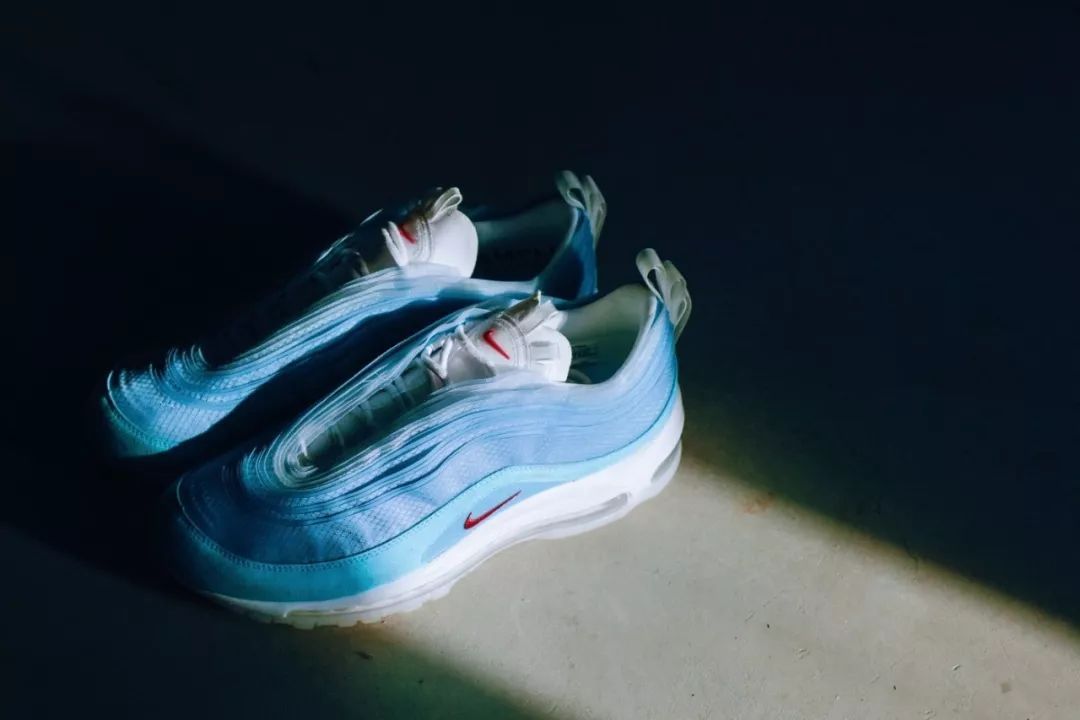 ▲ On this year’s Air Max Day, the Air Max 97 SH Kaleidoscope presented by Nike Sea’s designer Ru Qiu Shi will be available on the market.

Regarding the story of Nike’s design, we are not alone in the paper. But as consumers, we are always looking forward to the more interesting and creative shoes that are not taken for granted. 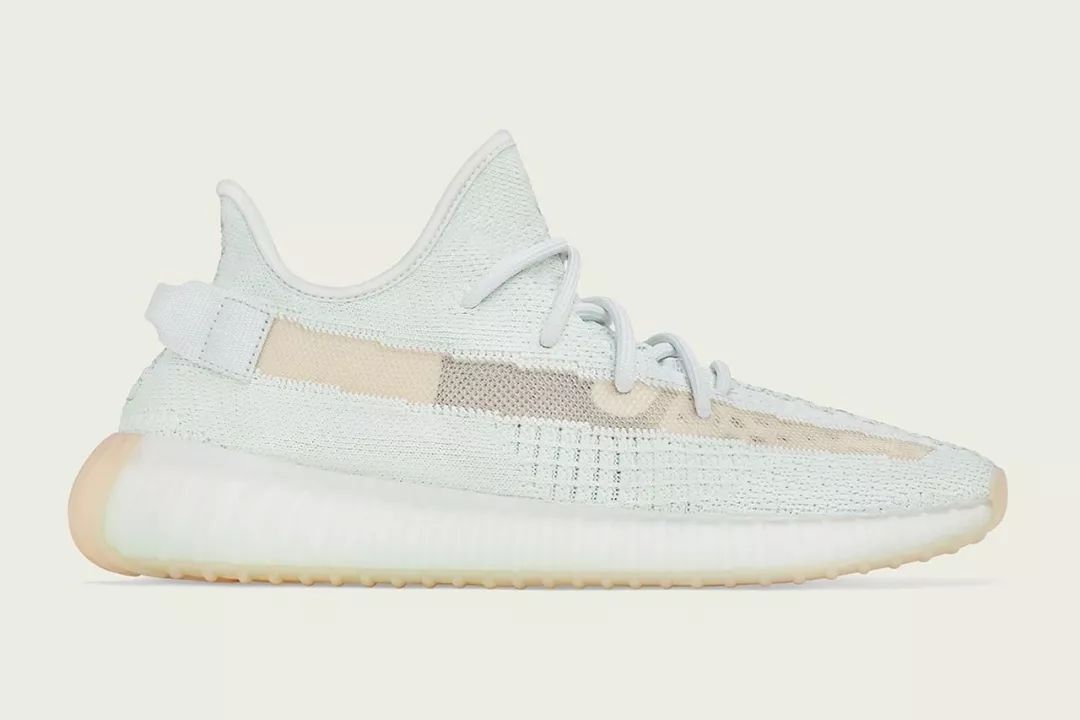 During this event, many friends shared why they liked YEEZY, and KIDULTY also selected one of the readers who could most impress us. This pair of 42-yard YEEZY BOOST 350V2 “Hyperspace”, you can take it home now.

“I haven’t bought YEEZY here, I like it but I can’t afford it. Three years ago, the freshman accidentally heard Kanye’s Runaway. It felt like this song was too strong, listened to all the Kanye albums, and saw Kanye’s Classic Look. Becomes Ye’s brain powder, learns his wear, and slowly learns more about him. After watching his wife Kardashian’s teaching documentary, he decided to make this buddy. For a moment, no matter how others dissed Kanye’s character and spiritual problems, Ye has always been a belief in my heart.”

We own very high standard on drawstrings even though it don’t play very important  role on garment accessories. You can find any your loved style drawstrings from ES. Any demand on drawstrings can be met here.